There are two possible solutions to this problem. Either purchase a DVI/DisplayPort to HDMI adapter or find a graphics card with two HDMI ports. In this guide we will take a look at both options and recommend some graphics cards.

The first solution is to simply use an adapter to transform a DisplayPort or DVI port into a HDMI port. The advantage of this method is that it will work with almost any graphics card (as long as it has enough ports). One thing you need to be aware of is DVI to HDMI adapters will only carry the video signal as DVI doesn’t support audio.

Now we’ll take a look at some of the best graphics card available for dual HDMI setups. All of these cards are available with two HDMI ports.

Other than the Titan V or Titan XP which cost an absolute fortune, the GTX 1080 ti is the most powerful graphics card on the market. Although not as expensive as the Titan V or Titan XP, it is still a very expensive card. If money isn’t an issue and you are looking for the best performance possible, it is the best option. It is particularly good for 4K gaming. If you plan on playing less demanding games or won’t be gaming at all, you should check out a cheaper alternative. 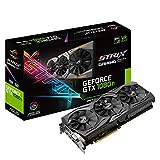 The GTX 1060 is a fantastic mid-range graphics card. It shouldn’t have a problem running any game on the highest settings and still achieve 60fps in 1080p. Running most games at 1440p will also be playable once the settings are turned down to low/medium. 4K is a different story and highly demanding games will struggle to run. Less demanding games will be playable in 4K though. 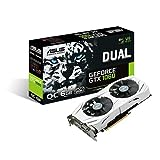 Price not available – Buy on Amazon

At the lower end of the performance scale is the GTX 1050. This graphics card is very reasonably priced and is ideal for competitive games such as CSGO where you can expect to get well over 60fps. This card will also run more demanding games but you will likely have to turn the settings down and you might not get a steady 60fps.

There is a low profile version of the GTX 1050 which has two HDMI ports. You can find it here on Amazon. You can also find a GTX 1050 with one HDMI port, which will require a DisplayPort to HDMI adaptor.

To wrap it up, there are two options for a dual HDMI monitor setup. Purchase an adaptor to convert a DisplayPort or DVI port to HDMI, or purchase a graphics card which has two HDMI ports. Both options have strengths and weaknesses and which you choose will depend on your circumstances.